Zaha Hadid was known for her striking physical presence and unique sense of style. She was also known for her focus, determination, and perseverance. Engage your students in a conversation about how Victoria Tentler-Krylov uses text and illustration in Building Zaha in order to convey Hadid’s individuality and uniqueness.

After a first reading of the text, ask students to describe Zaha Hadid and record the phrases and character traits that they name. Follow this with a close reading of the text,  guiding students to notice words and phrases that convey her character. Reread with a focus on the illustrations, asking students to describe how the visual images let readers learn about Zaha’s characteristics. Students can record their observations about text and image and how they convey character on a two-column chart. Connect student observations with a discussion of author’s craft, noting how authors of biography strategically build characterization through: descriptions of the actions of the subject, descriptions of the subject’s interactions with others, direct quotes from the subject, and statements about the subjects’ motives and thoughts that are inferred from and backed by research. 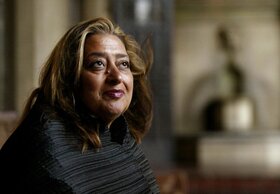 Zaha Hadid (Photo: AP)
In her Author’s Note, Victoria Tentler-Krylov  describes how at the age of two, she began drawing unusual-looking houses and how this early interest led to her studies in architecture. Zaha Hadid’s work was inspirational to Victoria and the Author’s Note includes a bulleted list of what she learned by watching the progress of Zaha’s career. Although Victoria never spoke with Zaha Hadid, Zaha served as a mentor to her, and in composing and illustrating Building Zaha, Victoria hopes to extend this mentorship to young readers.

Invite your students to consider how the genre of biography puts readers in relationship with the person who is the subject of the biography. As you read biographies in your classroom over the course of the year, ask students to make note of what they learn from the people who are the subject of the biographies, students can record their learning in their reading journal or in a special journal dedicated to this purpose. 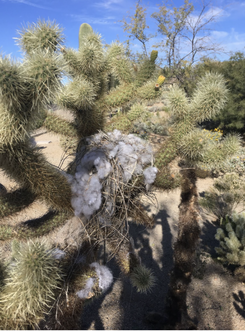 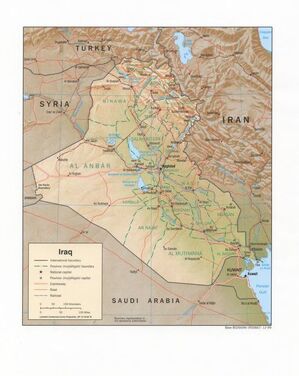 Iraq Map (Library of Congress)
Zaha Hadid was born in 1950 and grew up in Iraq during one of its most prosperous and forward-looking times in recent history.  Zaha saw modern buildings rise around her.  Creativity, growth, and education were fundamental parts of her life.  The rule of Saddham Hussein beginning in 1979, the Gulf War with the United States, and the subsequent UN sanctions changed the learning landscape that Zaha knew as a child in Iraq.  By this time, Zaha Hadid was living in Europe, and later made her home in London.

Under the rule of Saddham Hussein, even the Marsh Arabs of Zaha’s influential childhood memories were jeopardized when the marshes were drained because the water from the Tigris and Euphrates  rivers were diverted.  The local Madan people were relocated to areas adjacent to the former marshes.  Fortunately, since 2003, there has been an effort to restore the marshes, and return the people who called it home.
What ideas and conceptions do your students hold about the country of Iraq? Expand their understandings with the following resources.

Childhood Experiences and the Lives We Want to Live

It was important to Victoria Tentler-Krylov to focus on Zaha Hadid’s earlier life and the experiences that helped make her the visionary architect she became. Zaha’s visit to see the Marsh Arabs was one of the “seeds” that was planted in her and grew into larger and wonderful ideas when she became an architect. Barb Rosenstock similarly focused on Frank Lloyd Wright’s childhood in her book Prairie Boy.

For Frank Lloyd Wright, it was exploration with line and color and building toys, the Froebel blocks, which influenced his own architecture. A paired read of these two texts could frame an inquiry into the earlier experiences that influenced famous architects, and prompt students to think about possible sources of inspiration in their own lives.
It can be difficult to recognize, in the moment, experiences in life that will later be influential. It may be interesting to ask students about moments from their lives that linger with them and make predictions how they may influence their later lives.  Invite students to write in response to this question: “What is an experience or image from your childhood that is stuck in your mind and made a great impression on you?”.  Then challenge them to write about “How do you think this image or experience could inspire or influence you as a professional?” We imagine that you may find some of the students’ responses inspirational and insightful.

Zaha Hadid became known as “the queen of the curve” in the architecture world.  She created buildings with shapes that people thought impossible to build.  Invite students to explore, notice, and wonder with Zaha Hadid’s amazing projects:
Zaha Hadid’s Architects continues the work of Zaha Hadid.  When she died in 2016 her company had 36 projects underway.

Throughout her career, Zaha Hadid encountered stumbling blocks. In the Biography Clearinghouse interview, Victoria Tentler-Krylov describes how her research into Zaha’s life revealed that Zaha wondered how those obstacles related to her identities as a woman and as a Muslim. Women continue to be underrepresented in the field of architecture. After reading Building Zaha, introduce your students to the work of Maya Lin, by reading Maya Lin: Artist-Architect of Light and Lines (written by Jeanne Walker Harvey, illustrated by Dow Phumiruk, Henry Holt 2017). Compare and contrast the lives, experiences, and accomplishments of these two renowned female architects. Extend your study of women in architecture, by exploring the digital resources below. Connect with a female architect in your community who is willing to share her experiences in the field with your students.

The Power of Interviews